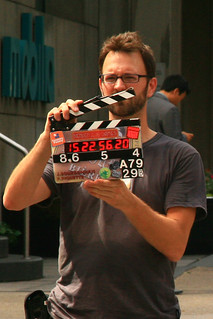 When were motorcycles and films ever separate?

Since the dawn of the world of film, a motorcycle has ridden through the set. Mad Max, Easy Rider, On Any Sunday, Terminator 2, Stone, Indiana Jones And The Last Crusade, Mission: Impossible 2, The Matrix Reloaded, Batman, etc...need we say more.

If MRCycles.com made a film, the storyline would be this:

Everyday, a kid sees an unknown motorcycle figure roar past the yard along a long stretch of black asphalt. A few years later that same kid has graduated highschool or college and saved up for the best starter bike, something like a Suzuki TU250X or Honda Grom or Rebel, to begin the riding quest of a lifetime.

What kind of bike it is--dirt, cruiser, etc--will depend on the kid. Because it cost everything the kid had, it will be the sole vehicle for getting to work in the rain, over to a friend's in the middle of winter, everywhere.

That's why it will be essential to learn how to maintain the bike, switch out parts, and over the next few years break it down on a tarp and know how to put every single piece back, eyes closed. Calloused hands, grease on every t-shirt, and a head full of motorcycle parts schemata will earn the kid a job at the local motorcycle mechanic's shop. Fast forward and it's that kid grown up on the same highway roaring past bystanders looking intently on, and inspiring the next unknown rider to start saving up.

What would your motorcycle movie be? Close your eyes and remember how it all started for you.

Want to get deeper into the world of motorcycle movie mania?

Here's an interesting new motorcycle film festival one of our customers mentioned, and hey, anything Honda & PBR has sponsored is worth checking out: www.motorcyclefilmfestival.com , coming this Sept. 23-27, 2015.

And, if you want to submit your own motorcycle film, they are taking entries through May 1, 2015.

And, their Motorcycle Film Festival Facebook has over 7000 likes: https://www.facebook.com/MotorcycleFilmFestival

Know of any other motorcycle film festivals we should feature? Let us know on our Facebook page.